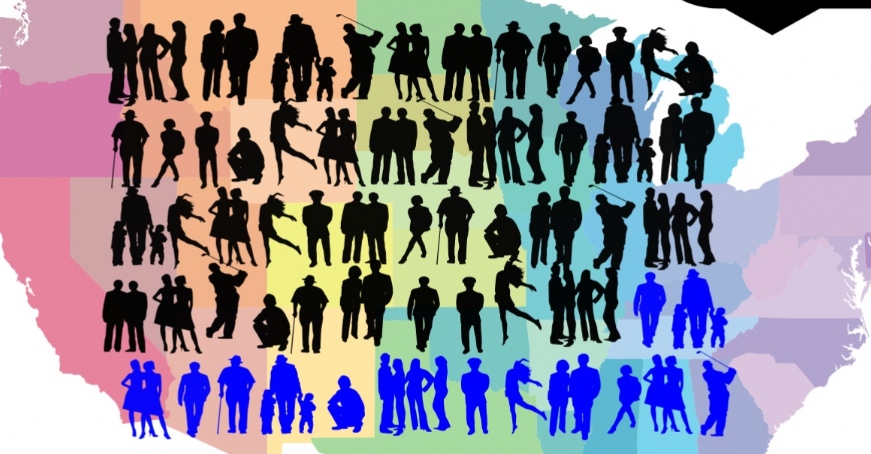 Digital Citizen is a project of Internews Interactive (InterAct), a pioneer in citizen engagement media since 1998 that connects Americans to their leaders, each other, and the world. As a strategic partner in innovative media design, InterAct produces for television and the Internet, and combines media and mediation in numerous projects in the U.S. and around the world, working with organizations including PBS.org, the World Bank, The Bridge Alliance, Oakland Tribune, United Republic, Twin Cities Public TV, Link TV, the San Francisco Sheriff’s Department, and many more.

InterAct is involved in a range of projects. These include the News Ambassadors radio pilot, and the Goldziher award for journalists in 2017, 2019 and 2022; recent projects include the TV and web video series This Planet, and a special program about the 2016 US election for Link TV and KCET.

Besides contributing to the engagement community’s vital work through frequent writing, we remain involved in connecting Americans and Russians in dialogue, and have produced a number of TV and online projects, including the 2013 Real Dialogues “Work & Wages” project and Digital Citizen 2012. InterAct grew out of our work in the analog era, connecting Americans to the world using technologies like satellites to produce the Emmy Award-winning Spacebridges, and videoconferencing for Vis a Vis and other TV series. Clips of citizen engagement programs we produced in the US and around the world between 1998 and 2004 can be seen at our Archive Page.  Articles we have written and news stories about our work can be found at the Archive: Articles page of this website.

This short video from the Transpartisan Leadership Workshop at the World Affairs Council of Northern California provides a good overview of Interact’s work:

Evelyn is a television news producer and pioneer of online citizen engagement. Currently working as the executive producer of News Ambassadors, she was the series producer of the Webby Award-winning international news feature Global Pulse for the national satellite television channel Link TV; the Director of the news literacy website Know the News; and a documentary and feature producer for programs that have appeared on the BBC, PBS, ARTE, ABC News and others. She was a producer of “Spacebrides,” the Emmy-award winning TV news programs that connected Russia and the US in the 1980’s. In the 1990’s, Evelyn was the founding director of the Soros Foundation’s electronic media program, and executive director of Internews Network, an international NGO that supports media development worldwide, where she oversaw grants to independent news outlets and journalism training programs in emerging democracies in Eastern Europe and the former USSR.

Heather began her work-life at the original Internews, where she was our office manager (while she earned a B.A. in linguistics at UC Berkeley). She went on to manage IT, Production and Broadcast at Link TV, and is currently the Senior Technical Program Manager at SoundHound Inc. in Boulder, Colorado, where she is developing live video captioning. Before that she was a Software Engineering Project Manager and the Lead Producer at the Steve Jobs Theater, at Apple; a Producer and Program Manager at Google, and a live events producer at LinkedIn. She served three terms as Board Chair at KMVT Silicon Valley Community Media.

Al is President of the Black Publishers Coalition and President of McFarlane Media Interests, as well as Editor of Insight News, which is based in and has served Minneapolis’ African American north side since 1974. He is a featured commentator on Minneapolis radio station KMOJ.

Tamar’s practice has ranged from working with the Center form Contemplative Mind in Society, introducing Harvard and MIT faculty to meditation as a pedagogic practice; to crafting a parliamentary campaign in Kuwait, and strategic evaluations for the Fetzer Institute’s science and spirituality unit. Miller was VP Education and one of three founders of American Higher Education, Inc. based in Cambridge, MA, and was the Executive Director of the Middle East Institute at Harvard Kennedy School. She is active on the board of directors of the Parents’ Circle for Bereaved Families, Embodying Peace, and I Am Your Protector.

Steve, a meteorologist with a career in media and private industry that spans more than three decades, established Earth Environment Service in 1980, a weather consulting company that provided forecasts and data to agricultural, insurance and media interests worldwide. He is the editor in chief of the online and syndicated newspaper feature Earthweek, and has been a frequent contributor for ABC’s Good Morning America and Discovery.com. Steve is a Certified Broadcast Meteorologist and is a fellow of the Royal Meteorological Society, and currently lives in Barcelona, Spain.

Patrice O’Neill, Oakland, CA – Co-founder and Executive Producer, Not In Our Town

Patrice is an award-winning documentary producer and director who launched Not In Our Town (NIOT), a movement to stop hate, address bullying, and build safe, inclusive communities for all, in 1995. NIOT has since become a nationwide organization whose projects range from the production of Public Television documentaries to training police departments across the US to effectively deal with hate crimes.